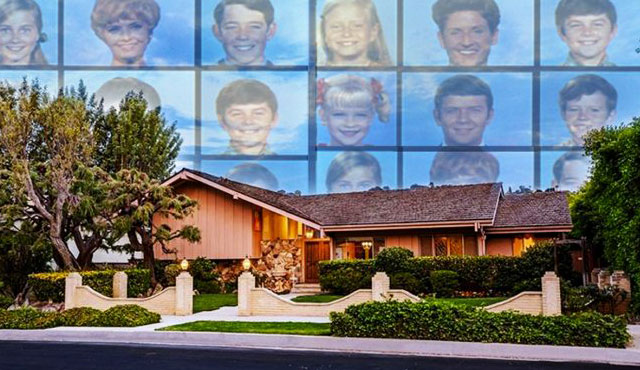 The home that helped make the “Brady Bunch” an iconic show is on the market for the first time.

The longtime owners of the split-level home in Studio City are asking $1.9 million, according the Los Angeles Times. The house was used for the exteriors of the Brady household during all of its original run from 1969 to 1974.

Sounds like a steal for a Los Angeles home that can fit an eight-member family and their live-in housekeeper — and dog — but in reality its much smaller than the interior shown on television, which was shot in a studio.

It’s a two-bedroom, three-bathroom home, but the interior has a lot of the mid-century charm of the Brady family’s fictitious digs. That includes a MusiCall through-home integrated radio and intercom system, a rock-wall fireplace, and wood-panel walls, according to the Times.

Listing agent Ernie Carswell of Douglas Elliman said the interiors are almost exactly as they were during that time, although the furniture in photos looks more traditional than modern.

A house made famous on television is certainly a draw for some buyers, but sometimes it’s not all it cracks up to be.

The couple that bought a house featured on the first season of “American Horror Story” said it was a nightmare, claiming they suffered “daily intrusions” from fans of the show. They claimed they were not aware of the home’s fame and sued their Coldwell Bankeragents for not explicitly disclosing it in February. [LAT] —Dennis Lynch